The American highway system is aging, and its poor conditions have been agitating truck drivers and fleet owners for years.

Those in the transportation industry benefit greatly from new, well-kept roads and bridges. Better roads prevent crashes and unnecessary wear and tear on tires and rigs. However, an alarming number of national and state highways have not received proper funding since they were built in the 1950s, and drivers everywhere are fed up that the government cannot provide the necessary repairs.

And they are right to be upset with the government’s inability to fund the roads. The United States, despite its enormous size, culture in which “everybody drives”, and economically important trucking industry, spends very little of its GDP on highway maintenance. The Economist reports that the U.S. (with a population of over 330 million) spends less on their transportation infrastructure than does Spain (with a population of only 46 million and a popular public transportation system). Obviously, there is a problem with the way that America funds its highway maintenance.

The issue is that the majority of both national and state roads are financed by The Highway Trust Fund. And like most bureaucratic entities that are controlled by Congress, necessary adaptations come very slowly. The current trust-fund-system can no longer keep up with the rapidly deteriorating transportation infrastructure.

But, thankfully for the trucking industry, the Transportation Construction Coalition (TCC) has begun to air a series of radio advertisements that are designed to pressure important members of the House of Representatives to pass a long-term, more efficient highway bill, according to Transport Topics.

The ads will be played on the hometown radio stations of over a dozen members of the House of Representatives (including former vice-presidential candidate Paul Ryan) who are active members of the Ways & Means and the Transportation & Infrastructure Committees. The ads encourage voters to urge their Representatives to find a better way to fund the national and state roads.

This is the most recent of the Transportation Construction Coalition’s ad campaigns that call for an improved transportation infrastructure. With any luck, the new, radio-based approach will make an impact in the targeted districts and prompt politicians to find a more logical system of funding. But until then, however, the damaged roads will continue to be a serious safety hazard for all drivers in the United States. What’s more, for those in the transportation industry, the poor road conditions will continue to ruin tires and rigs much too soon, creating unnecessary business expenses. Luckily, with invoice factoring, it is easier than ever to maximize cost efficiency and expand trucking businesses. Talk to us today and increase your cash flow and stay ahead of the frustrating costs that can get racked up by the crumbling highways. 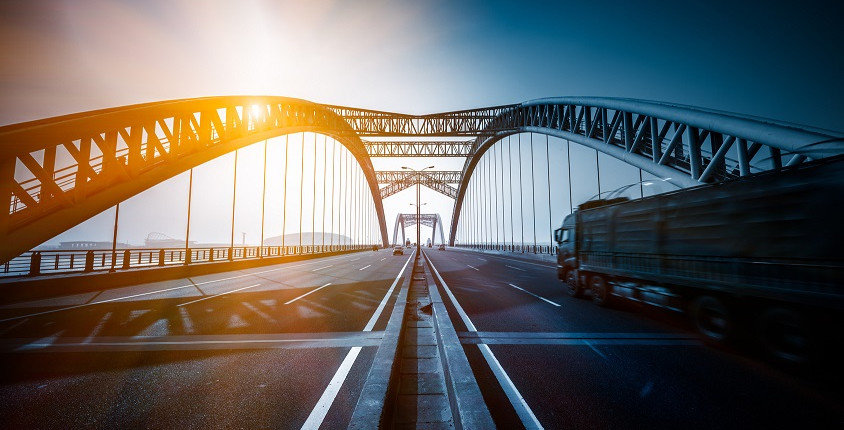