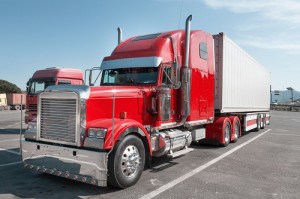 The American Trucking Associations has recently announced that their fund raising campaign, Trucking Moves America Forward (TMAF), which was launched just last year, has already raked in more than one million dollars that will be spent to promote a positive image of trucking, Fleet Owner reports.

The goal of TMAF is to ensure that both the public and policymakers know the importance of the trucking and shipping industry to the national economy. This year, the organization is setting its sights on establishing a solid foundation to lobby politicians and lawmakers, and thus promote the interest of truckers nationwide.  They hope to highlight the “essentiality, safety, technology and sustainability” of the industry throughout the United States, according to Fleet Owner.

TMAF has gotten quite developed with their marketing and advertising strategies, with a Facebook page, a station on YouTube, and an independent, interactive website. They also sell merchandise, some products going for as much as $3,000.

Prominent figures from all corners of the trucking industry have come forth to praise TMAF, and have pledged their continued support. The amelioration of the industry’s image is an issue that is taken very seriously throughout this sector of the economy, and many are quite optimistic for the future lobbying/marketing power that TMAF promises.